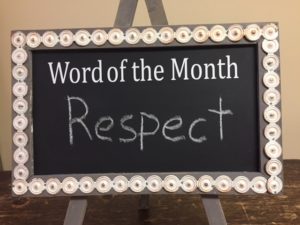 Respect is related to civility, courtesy and politeness, but I think it goes deeper than these. Definitions include feelings of esteem or honor as well as courteous behavior. We rightly respect those we hold in very high regard based on their personal character or achievements. There is a sense of duty or obligation to show deference towards those in high positions. Civility requires this, regardless of our personal feelings toward such persons. Respect also includes showing consideration for others and their rights.

Respect for Symbols and the Principles they Represent

The flag of our Nation is a powerful symbol. It has great meaning, especially to those who have served our country and made great sacrifices for the principles it represents.

As a Member of the Daughters of the American Revolution, I recite the American’s Creed in our meetings. I was surprised to learn that it was once regularly recited by school children along with the Pledge of Allegiance to the Flag. 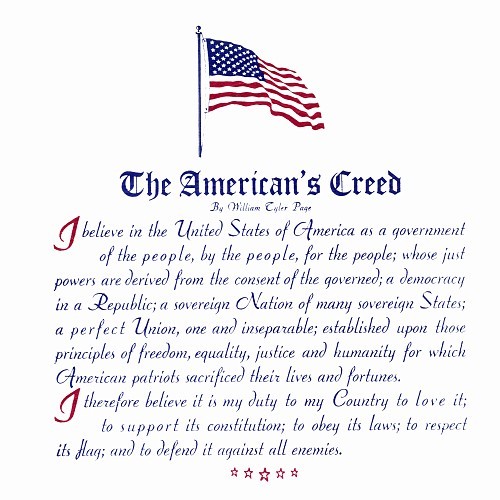 Respect for the flag of our Country is a direct reflection of our duty to our Country and the principles upon which it was founded.

Maybe some see the flag as representing specific individuals, parties, or policies with which they disagree? The flag actually represents the freedoms we have to disagree – to present and promote ideas which seem to conflict. A nation is greater than any individuals who happen to be in positions of power at any given time.

Even if we may not necessarily hold to the specific principles or purposes of a particular organization, decency requires that we show respect to their symbols. We can disagree with principles behind a symbol, while showing consideration for the rights of others to believe in and honor those principles.

Respect for Positions of Authority

Deference to those in positions of authority is required by any civilized society. We do not have to “highly regard” any particular individual. It is possible to dislike someone personally or disapprove of their actions or policies, yet still show respect for their position. Civility demands it. It is possible to protest policies respectfully, showing consideration for people, property and symbols.

The negative actions of a few members of a group does not justify disrespect of the group as whole. Accountability is necessary, but does not need to include contempt. Public safety is compromised when there is not respect for those who serve us.

Some people demand respect for certain groups while disrespecting the rights of others. If one group, or one individual deserves respect, then all deserve the same. Showing respect should not be selective, based on desired characteristics or even behavior. Respect should be given simply because of our humanity.

When respect is selective, we find ways to justify discrimination, abuse and even taking lives. Respect for human life should extend to the smallest and weakest humans – those yet unborn – as well as to the oldest and least able to contribute – the elderly and infirm. All lives matter to the giver of life. All human life deserves dignity.

Of course, it is possible to lose respect for some individuals based on their actions or even their words. We no longer hold them in “high regard”, and may lose trust in them. But that does not change their humanity. Nor does it give us any right to publicly treat another as less than human, to objectify, demean or oppress them.

Showing disrespect puts one in a position of judge. We rarely have enough information to even begin to make such judgments. We certainly do not understand the circumstances or intentions of others. Don’t we all want to be treated with respect? Would we think it fair to be judged based on one thing we might have said or done, let alone simply because of a group we are associated with?

We may feel some power in refusing to treat someone with respect. We may think we are calling attention to their inappropriate actions. To respond to disrespect with disrespect actually puts one on the same level as those to whom we deny respect. We present ourselves as someone who is petty, critical, malicious, angry, even hateful.

Showing respect is a mark of civility and a reflection of our own character. A good person treats others as they would be like to be treated. Such a person recognizes the human dignity of each individual, shows deference to those in positions of authority, and recognizes the value of meaningful symbols which represent values and principles others hold dear.