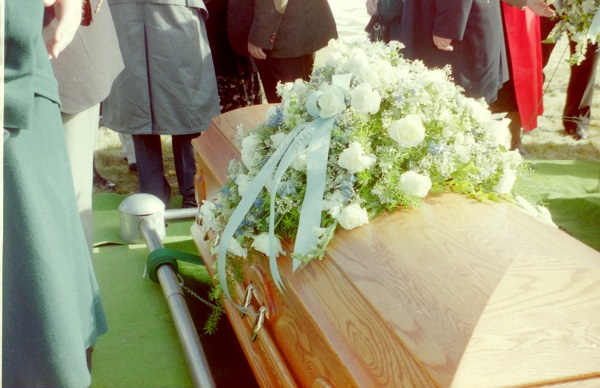 On Death and Dignity

I recently watched someone die. I don’t know why I happened to be with her when she took her last breaths, but I was. It happened quietly and quickly and peacefully.

As I have pondered this event, I have recalled some discussions with my University Student daughter earlier this year as she did a research paper on Euthanasia and Physician-Assisted Suicide. As she began studying, both of us were rather open minded about the subject, especially knowing well this 93 year old family member who had been wishing to die since her beloved husband had passed away last year. I read most of the articles my daughter studied and we discussed issues involved. Through that process we came to a similar conclusion – maybe this is something best left in the hands of God.

I have compassion for human suffering, but my own experiences and decades of life have given me some perspective. There is something I tell myself when I am in pain or suffering through a difficult experience – “You can endure anything if you remember it is temporary. And everything in this life is temporary”. That is easily forgotten during actual suffering, but all things in this life do come to an end. For my loved one, whose life ended a few weeks short of 94 years, what a small portion was the final few years of limited activity. The actual last 72 or so hours of “dying” was but a brief moment in almost a full century of a wonderful life. Would there have been any great benefit to removing a few of those hours or days or months? Was she able to touch the lives of others in a positive way during those months of dependency or even those last few hours? I think so, for there are things she taught me even in those last moments.

Some of the troublesome issues we discovered about euthanasia or physician-assisted suicide involve timing and who makes the decision about when, especially when the person is no longer able to let their desires known. Death for all of us has questionable timing. None of us know when it will happen to us. Some diagnosed with terminal illnesses know it will come fairly soon. Most fear the suffering leading to death more than the actual death and that is what makes assisted-suicide appealing. Some are more concerned about loved ones having to watch helplessly as they become incapacitated or are in pain. But from the perspective of a whole long life, does a few months make that much difference – for the one dying or for those watching? Modern medicine is able to provide medications and other measures to lessen pain and ease the final process. Compassionate care is provided by Hospice workers.

My loved one was not in agony those last hours. She appeared to be sleeping peacefully. Her “suffering” for the preceding months was mostly frustration at the inability to do things she used to enjoy and the loneliness of being without her husband. From where she is now, I am sure that the memory of this short period of suffering has been lost in a glorious reunion and the memories of her whole life. Even those of us remaining choose to dwell on the good memories of time with her more than those final months and days, for there were many more years of good times.

The phrase “death with dignity” has been used to promote euthanasia and physician-assisted suicide. I felt that my loved one died with “dignity”. Is it really more dignified for someone to intentionally end a life, their own or someone else’s, even if they desire it? Dignity seems to be more evident in the treatment of the old, infirm and ill than in their condition. My loved one was treated with kindness, tenderness and sensitivity until her last moment. Death without dignity to me would imply some violence or degradation toward the person dying, not the natural process of death. And isn’t taking conscious steps to hasten death because it is not pleasant for the rest of us rather undignified?

On Birth and Dignity

I have been present for a number of births. During three of them I was the one “suffering”, because I chose not to use medications that most women now use for relatively “painless” births . I remember thinking immediately after the births that I did not want to go through this again – the memory of pain was too fresh. But somehow time separated the intense feelings from memory until I was experiencing labor again.

It is hard to tell if there is suffering during birth for the one being born. I have witnessed a C-Section as well as experiencing prolonged labor which would seem to be more traumatic for a baby. But all of the babies cried pretty much the same – maybe more from the shock of suddenly being thrust into a strange new environment than from the actual pain of the birth process. Babies come into the world helpless, much like my dying loved one was at the last. Is birth therefore “undignified”? Or is dignity evident in the treatment of the infant? Infants are fragile and most are treated with great care and tenderness even in their messy and unpleasant and undignified moments.

I witnessed a very small human being, who had experienced the birth and death processes within a very short period of time, being treated with great dignity until her tiny body was laid in the ground. She had struggled to breath with underdeveloped lungs – possibly she had “suffered” – but there was no attempt to “put her out of her misery.” She was just loved and cared for during her brief life.

I have recently watched disturbing videos about very short lives that were not shown any dignity at all. It had been predetermined that their lives were of no worth (though ironically their dead bodies are). For them there was no birth with dignity and no death with dignity. Both were violent and degrading and horrible. Both were caused by acts of others for reasons that had nothing to do with the desires or best interest of this little person.

Assisted-suicide is presented as a choice that people should be able to make to have their lives end when they decide it is no longer worth living. Abortion is presented also as a choice, but this choice is made by someone else to end another person’s life because it is not worth it for them to have this person part of theirs. Aren’t both choices selfish and short-sighted? If a few months of debilitation and dying are such a brief part of a long life, isn’t a few months of discomfort and inconvenience and embarrassment similarly brief in the perspective of a lifetime?

Should we mortals even be messing with such matters of life and death? Wouldn’t it be better for us all to leave those matters in the hands of God and simply try harder to show all of his children, no matter how small or how old, the dignity that they deserve?