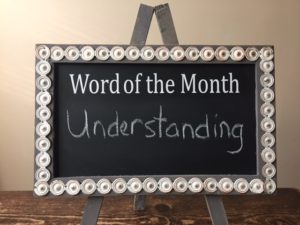 “And with all thy getting get understanding” (Proverbs 4:7)

I have tried to ask questions with a sincere intent to understand other people’s perspective and reasoning on issues. I have generally been disappointed by the answers I have received, especially from liberals. In response, I have received slogans, sound bites, quotes, memes, twitter hashtags, or given a link to some article by a leftist “expert” or commentator. But I rarely receive any real explanation of that person’s own understanding of a position and the reasoning behind their personal beliefs. I have also not seen much in the way of attempting to understand an opposing position – particularly ones that I have voiced. I have received condescending comments that imply that I don’t understand the facts, that I have been misled or have been listening to false ideas, but no indication that those commenting have even read or listened to arguments from the other side with anything resembling an open mind. I am sure that this happens from both sides, but I have noticed a more “haughty” attitude from liberals and a tendency for them to point out that the religious accept what they are told without question, though they seem to be doing the same thing in echoing standard liberal positions without explanation. The questioning I have received when I have voiced an opinion has felt like an attempt to tear down my beliefs or imply that I am stupid or uninformed, rather than any desire to gain an understanding of how I arrived to my conclusions.

There have been some contentious issues recently that I honestly have not felt that I understood sufficiently enough to even form an opinion on. I have noticed however, that others have been quick to take sides and firmly state support or opposition of these issues. I have wondered if I have just not been paying attention and these people have spent considerable time studying these issues. Or are they just joining other like-minded people and supporting the position that their side, group, or political party would obviously take?

True understanding of important issues and especially understanding of viewpoints that may differ from our own does require some desire and effort. It is sad to me that so few seem to even want to try. Some are content to let others, who may or may not be in a position to better understand, do the study and come to the conclusions which they readily accept. Repeating opinions and taking sides seems to come so automatically and breeds contention.

Nephi, in teaching his people, reached a point where he was forbidden to teach more. He pointed out that if they could not understand what he had taught “it will be because ye ask not, neither do ye knock.” He goes on to lament being unable to teach because of “unbelief, and the wickedness, and the ignorance, and the stiffneckedness of men; for they will not search knowledge, nor understand great knowledge, when it is given unto them in plainness, even as plain as word can be.” (2 Nephi 32:4,7) I think he hit on some of the key barriers to understanding we see in our world today.

Surely, ignorance influences understanding. The antidote obviously is education – gaining knowledge and studying issues. Understanding, however, involves much more than simply collecting information, facts or data, or being able to quote an “expert”. We have become so obsessed with fact-checking, “false news” and “alternative facts” as if facts were all that is necessary for understanding. It is true that we must be informed to overcome ignorance, but we can remain ignorant even knowing facts. Our assumptions and biases can result in our being very selective about facts, searching and finding only those which reinforce our position and ignoring or discounting conflicting ones. Understanding is more about the “why” – the underlying principles – than knowledge of the what and how. It requires seeing all sides and exploring potential influences and implications.

Stiffneckedness is a description of pride. Haughty is another word which also includes an attitude of superiority and contempt. True learning and understanding require the opposite – humility. Without the humility to be open to learn something new, see another perspective and especially to admit that we do not already know everything there is to know, we will never gain understanding. Without humility there is no desire – not even a recognized need – to search knowledge, to ask, seek, knock. Even if knowledge is freely given or taught, it still requires humility to be open to receive it. The proud do not seek knowledge because they think they already know all there is to know, or believe that what they already know is the truth. “Won’t search knowledge” implies a refusal to seek, ask or understand. It is not an inability, but a willful act of refusal.

Asking is important, but probably more important is asking with a real intent to understand. Questions lead to understanding, but they must be the right kind of questions and presented in a way that invites open sharing. Questioning just to challenge or attack or prove a point does not result in understanding, but further divides. When asking questions, we must actually pay attention and listen to the answers. We need to set aside what we think for long enough to really hear what others have to say, not just to prepare a counter argument. This is a difficult thing to do, but can be done IF there is first the desire to understand.

Understanding may not necessarily result in consensus. There will always be different perspectives and concerns, some irreconcilable. But without any attempts at understanding, more divisiveness will be inevitable. If we sincerely try to come to an understanding of issues through study of all sides and perspectives, we may still develop an opinion, but it will be based on some understanding. Most important is learning to respectfully attempt to better understand each other. What a difference that would make in our world.