By rejecting divinely instituted moral standards in favor of changing opinions and judgement of the group, we are left with the uncertain insecurity and shame culture we experienced as adolescents.

I read an enlightening opinion piece in The New York Times by David Brooks titled “The Shame Culture” (3-15-2016) Rather than quote extensively from it, I will try to summarize a few ideas as I understand them and encourage all to read this article yourself. As often happens to me, at the time I read this I was also reading something else – a novel about High School bullying gone horribly wrong. I recognized the concept of shame culture as basically what we all endured as adolescents – only now more pervasive and disturbing. 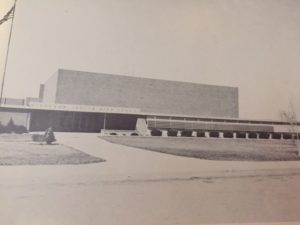 Shame culture is about one’s feeling of being good or bad being connected to acceptance by a group. It is about conforming to the specific rules of the group and meeting their expectations to receive approval. Those who violate rules of conduct or simply do not fit in with expectations or conditions of the group are excluded. In the process they are judged and negatively labeled, leading to the conclusion and resulting feelings that they are bad.

Isn’t this what most of us had to endure in Junior High and High School? The desire to be popular, to have people – the right people – like us leads to sucking up to the elite, hoping for some attention and inclusion in return.

Being accepted by the in crowd means accepting their standards of conduct, which often includes treating outsiders badly. This is where bullying of outsiders is accepted or joined into. This is based not only on the exclusion and definition of outsiders as bad, but also on fear that any questioning of such behavior might put one on the outside and subject to bullying or being ostracized themselves.

Group acceptance and identity are interconnected and extremely important. The hope for most in navigating Junior High and High School is to find a group where one can feel like they fit in. If not the jocks or student body officers, maybe the choir nerds, drama crowd, computer geeks, or the parking lot druggies.

Most of us mature as we progress into adulthood, becoming more sure of ourselves – our worth and the value of our beliefs and opinions – and less concerned about the opinions others have of us. We should come to feel good about ourselves by doing good things rather than conforming and pleasing others. Unfortunately most University Campuses these days are just as much into shame culture as Junior High, probably more so with pervasive social media making everything one does or says potentially public.

Mature adults might function better within a guilt culture. In a guilt culture one also feels good or bad based on conformity to rules, but there are some significant differences. Going back to school, the institution itself should function on guilt culture. There are set rules of conduct with consequences attached to violations of them. Students should feel guilt for failing to complete assignments or skipping class. But guilt is about doing something wrong, not being a bad person. It is something that can be corrected or improved.

On a larger societal level, guilt culture involves compliance with laws. Yes, one who steals should feel guilty – he has done something illegal. He has violated not only a known law, but also something his own conscience should tell him is wrong. But that is very different from feeling that he is at his core a bad person. Feeling that one is a good person comes from doing the right things.

The Church* also functions more as guilt culture. Breaking commandments should produce guilt which leads to repentance. It is very possible to love a sinner, but hate the sin within the framework of a guilt culture. Some may say that the Church engages in shame when it excommunicates members or fires Church employees for what they say or do. Those who make this accusation are so embroiled in shame culture that of course, they see it this way. They see judgement as an attack on identity, not a regulation of behavior (behavior which, by virtue of membership, people commit to conform to). They are the ones using shame tactics to try to force the Church to go along with their culture and values.

SHOULDS VS. THOU SHALT

Both guilt culture and shame culture attempt to enforce compliance to rules. A significant difference is in the nature and origin of those rules. In most guilt cultures those rules are fixed, clearly understood and based on sound, unchanging moral principles. In shame culture the rules are fluid, dependent upon public opinion or the whims or desires of the leaders. This leads to insecurity among group members – constantly on-guard and over-sensitive about whether something they say or do will turn others against them. There is great pressure to please, for it is that approval which determines feelings of worth.

I like to look at the difference between shame and guilt by contrasting “shoulds” and “Thou Shalts”. Shame culture functions according to shoulds – politically correct behaviors and current popular ideals. “Thou shalt” is the way commandments begin. They originate with God, who is unchanging as His laws are. He is also omniscient, so we can know that His laws and commandments are wise and good. Most good civil laws are based on the same unchanging moral principles as commandments. These should form the basis of our personal moral compass. I believe, however, that there is a deeper inner moral compass which tells us in our heart what is right and what is wrong. When we violate that inner sense of right and wrong, it produces an uncomfortable emotional state. This is guilt. It has a purpose.

There are two ways that we can get rid of this uncomfortable feeling of guilt:

1. The first and right way to alleviate guilt is to change our behavior – stop doing whatever makes us feel guilty. In religious terms guilt is defined as remorse of conscience, or godly sorrow. This is an essential part of the repentance process. No one progresses or becomes better or overcomes faults or sins without first recognizing and feeling bad about the failing. The purpose of Religion is to help us become better people, not make us feel accepted by the world. The purpose of civil law is to use guilt and consequences to make us law abiding and thereby have order and safety in society.

2. The other way to alleviate guilt – or at least attempt to – is to reject the rule, law or commandment which was violated. If we don’t believe that something is wrong, we won’t feel bad about doing it. We basically try to redefine right and wrong to fit what we want to do or how we want to live. There are some problems with this, however. We still have that inner moral compass. It will try to do it’s job to induce guilt. We will have to work harder with rationalizations in order to feel better about ourselves. We must convince ourselves that wrong is right and right is wrong. We have to become hardened to the guilt.

This choice also leads us more into shame culture. Shame culture can provide a group where one can be accepted and feel good about themselves precisely for conforming to the same rejection of the “thou shalt” by the group. But that comes with conditions of the group and the need to defend the idea that the wrong is right. This sensitivity results in being offended as they insist on respect for their group.

THE SHIFT TO SHAME

It is not hard to find a group that has rejected many of God’s “Thou Shalts”. The disturbing thing is that our society in general has rejected so many of them that it can not effectively function as a guilt culture. As a result it has become more a shame culture.

One thing which some may say is an improvement, is that now some of those previously marginalized groups have more power. They are no longer on the bottom of the pecking order as in High School. The “social code” now being all about “inclusiveness”, makes these groups on the inside and anyone not following the rules of “acceptance” are negatively labeled and shunned. As some groups have gained political power this has had an effect similar to bullying in school. Reputations can be ruined and livelihoods lost by simply not expressing allegiance to the current rules. It makes mature adults afraid to speak truth anymore. David Brooks warns:

“If we’re going to avoid a constant state of anxiety, people’s identities have to be based on standards of justice and virtue that are deeper and more permanent than the shifting fancy of the crowd.”

I think what we need is a return to the unchanging moral standards of God. We need to learn to respect and deal properly with guilt rather than continue to shame each other.

*NOTE: My frame of reference is the Church of Jesus Christ of Latter-day Saints, but this should refer to churches in general.