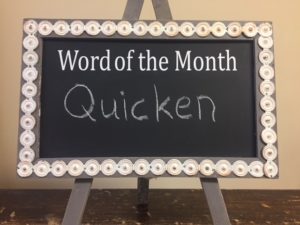 Quicken is a rather old-fashioned term. I recall years ago watching the film The Secret Garden and hearing the word “quick” used. The character was pointing out that the trees or plants were not dead, but “quick.”

This spring I thought about that as I watched what had previously appeared to be dead trees begin to again show signs of life – the beginnings of buds, then blossoms, then leaves. I recall my husband panicking sometimes in the early spring, worried that his beloved plants had died during the winter. It just took some time to see that they had not died. They were not dead, just dormant. 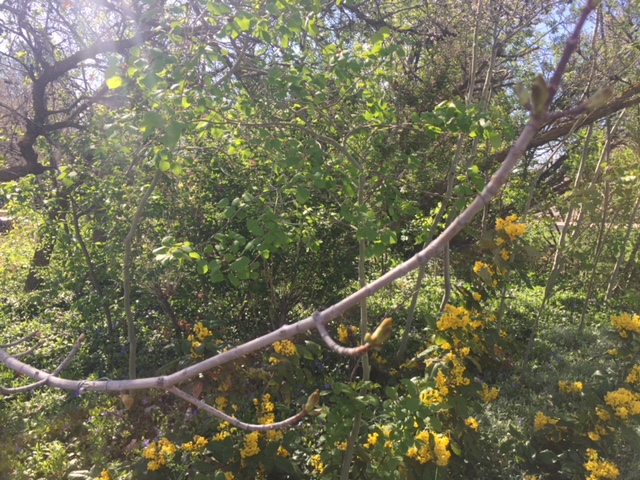 I recently observed an ultrasound of of my daughter. When I was pregnant with my children, ultrasound technology was just beginning and not used routinely. I only recall having one ultrasound and that was with my youngest, and well into the pregnancy. My daughter had used an ultrasound image to announce her pregnancy. This is becoming fairly common, but a still image is not quite the same as seeing the ultrasound being done. 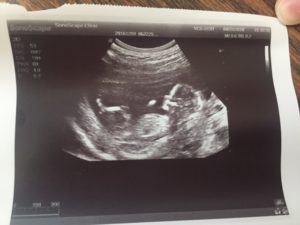 It surprised me to see this very tiny, approximately nine week old baby, moving around. Seeing babies further along in a pregnancy, movement is expected, but also restricted because they are in a tight space. This tiny baby was freely moving around. I do think she actually waved at grandma. 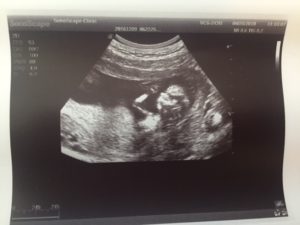 The old-fashioned term “quickening” was used to define that moment in a pregnancy when a mother can feel the baby move. It could be easy to get the impression that at that point the baby suddenly began moving. But the baby was always moving. It was just too small for that movement to be perceptible.

Just because signs of life can not be perceived, does not mean that there is not yet life.

I have had a number of experiences, and maybe you have too, of suddenly seeing something that has always been in front of me, but I never really noticed before. Or the experience of sudden insight, of understanding something not new, but like a light turning on – you “get it”.

Amulek, in the Book of Mormon explained it this way:

Nevertheless, I did harden my heart, for I was called many times and I would not hear; therefore I knew concerning these things, yet I would not know. (Alma 10:5-6)

Such spiritual Quickenings are called a “spiritual awakening”. It can be like a light suddenly dispelling the darkness. It is a new spiritual birth. We become “quickened in the inner man.”(Moses 6:65) Paul taught about this rebirth through faith, repentance and baptism, “And you hath he quickened, who were dead in trespass and sin.” (Ephesians 2:1, 5, see also Colossians 2:13)

Quickened from Death to Life

The change after death to new life is referred in scripture as being “quickened”. In the same sense, the transition from life to death is simply a “quick” change from one state to another. The physical body may cease to function, but death as we know it is not the end of us. If we understand that our spirits and our identity continue to exist, then death is simply a change from one state to another. The change from death to resurrection will be a similar quickening. 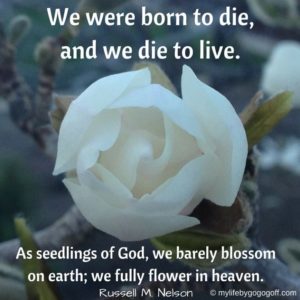 All these forms of quickening share a common characteristic. Quickening is not so much a change from a dead state to a living state. The potential life was always there. Even with the death of physical bodies, the potential for life remains.

The dictionary definitions of enliven, revive, arouse, and stimulate, imply that life was already there, but in some dormant form. Our potential, especially as spiritual beings, has always been there. We may not have always been aware. It usually takes time and the right conditions for that perception or awareness. When that comes, it is often sudden – quick. And once quickened, there is something new – or renewed – that changes us going forward.

One thought on “Quicken”