My earliest memories of anything political were in 1960 when John F. Kennedy was elected President. After the election, I remember asking my parents who they had voted for. I was shocked to learn that they had voted for the loser. To my 5-year-old mind, what seemed important was being on the winning side – to pick the winner, not the loser.

After many years and many elections, I must admit I have voted for many losers. This is not always something I have felt bad about.

In recent years, I have had much exposure to Reality TV contests. Many of these involve viewers in the process of picking a winner. I admit I am not one who actually calls in votes. But I do take some pride in being able to “predict” who will win, or who I think “should” win.

We all have constant exposure to sports contests. Some loyal fans cheer for their team no matter what, but others take pride in predicting the winner of any particular contest. We all want our team to win. No one wants to be a loser, or be mocked for supporting a loser. 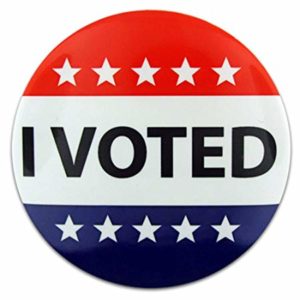 Winning and Losing in Politics

Is our political process becoming much the same as these Reality TV contests? We have become so partisan. Are we so concerned about our party winning that we are not looking at individual candidates, their character, record, and stand on issues? How many approach elections like like my 5-year-old self where being on the winning side is more important than making an informed decision and acting according to conscience?

We have people taking polls, people analyzing and predicting who will win political contests, and news commentators constantly telling us these predictions. Before any actual votes are cast, we are told who will win. As the process proceeds, we are reminded daily of who the “front-runner” is – the likely winner. Is this a self-fulfilling prophesy?

When someone wins on a show there is a celebration and maybe brief talk show appearances – the 15 minutes of fame. Then the winner goes home with the prize. The next season starts over with new contestants.

With elections we are stuck with the winner, who actually has to do some work for a whole term in office.  And they have to work with others elected from the opposing party. Real consequences result from elections. The sad reality is that we can all end up losers.