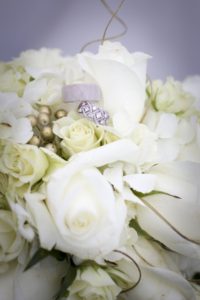 Though it was kind of what I expected, it was nevertheless disturbing to actually see it. For quite some time I had anticipated the day when my youngest daughter, like myself, her older sisters, and countless other women throughout history, would be a bride and become a wife – a legally, lawfully wedded wife – with a husband. Yet, here was the official Utah State marriage license with the words “bride” and “groom” or “husband” and “wife” nowhere to be seen on the paper. Instead, my daughter was simply listed as “spouse number 1” and her husband-to-be in the “spouse number 2” space. This might as well have been a boring legal contract between “the party of the first part” and “the party of the second part” or the ceremonial joining of “thing one” and “thing two”.

It disturbs me that these two cannot be recognized in a legal document as the husband and wife that they intended and have become. And it disturbs me more that the reason for this is because some men wish to call another man their husband and some women wish to call another woman their wife. So now everyone legally becomes spouse number one or spouse number two. And apparently those two are easily interchangeable since the issuer of the marriage license listed my daughter first, yet when they signed the document on their wedding day, he signed on the number one line and she on number two. Legally, marriage is no longer joining a male husband and female wife to form a family unit, we are just joining two individuals in some kind of legal union. Even the terms become meaningless when ignoring their gender specific definitions. Why should a man be allowed to call a man his husband, when this legal document doesn’t recognize my daughter’s husband as her husband?

It also disturbs me as someone who has done extensive genealogical research. I have seen a variety of marriage records, but with all of them it is rather clear which of the two parties is the male – husband, and which is the female – wife. (The terms are gender specific) The marriage license of my daughter has nothing to indicate the gender of either and with naming practices of the day it is not always easy to determine whether someone is male or female by their given name alone. So, looking ahead generations to someone reading today’s marriage licenses, even with a heterosexual union it could be confusing and difficult to determine which was the male and which the female. But then, we seem to be becoming a world with gender confused people blurring the lines for the rest of us, so more confusion seems inevitable.

The argument that two people should have some “right” to be joined in the same manner as a husband and wife because they “love each other” may have convinced judges, but does not change reality. Marriage traditionally is not just about love anyway. Sure it is great that two people who love each other want to spend the rest of their lives together. It was obvious for some time that my daughter and her future husband loved each other. But with their marriage there was a tangible difference that I noticed. It is not easy to put into words, but it is real. With the union of these two – a man and a woman – a new entity was created, something greater than a simple partnership between two people. A family was created with eternal potential that could not exist with two people of the same gender. It is that commitment to the union – the family – that makes a marriage. Sure it is wonderful when based on love – but it is not just about love or what two individuals want in order to be “happy”. Happiness can be fleeting, but commitment endures.

There is a benefit to society with stable, committed marriages and families. That is what I see when looking back at records of past generations – the links that bind generations together, regardless of how “happy” or “in love” individuals may have been.

I do have some satisfaction that in the eyes of God and in the actual ceremony, these two were joined as husband and wife like all those joined similarly before them. They know who they are and what roles they have. It is just sad that our society has come to the point that everyone no longer understands that as well.

One thought on “Spouse One and Spouse Two”